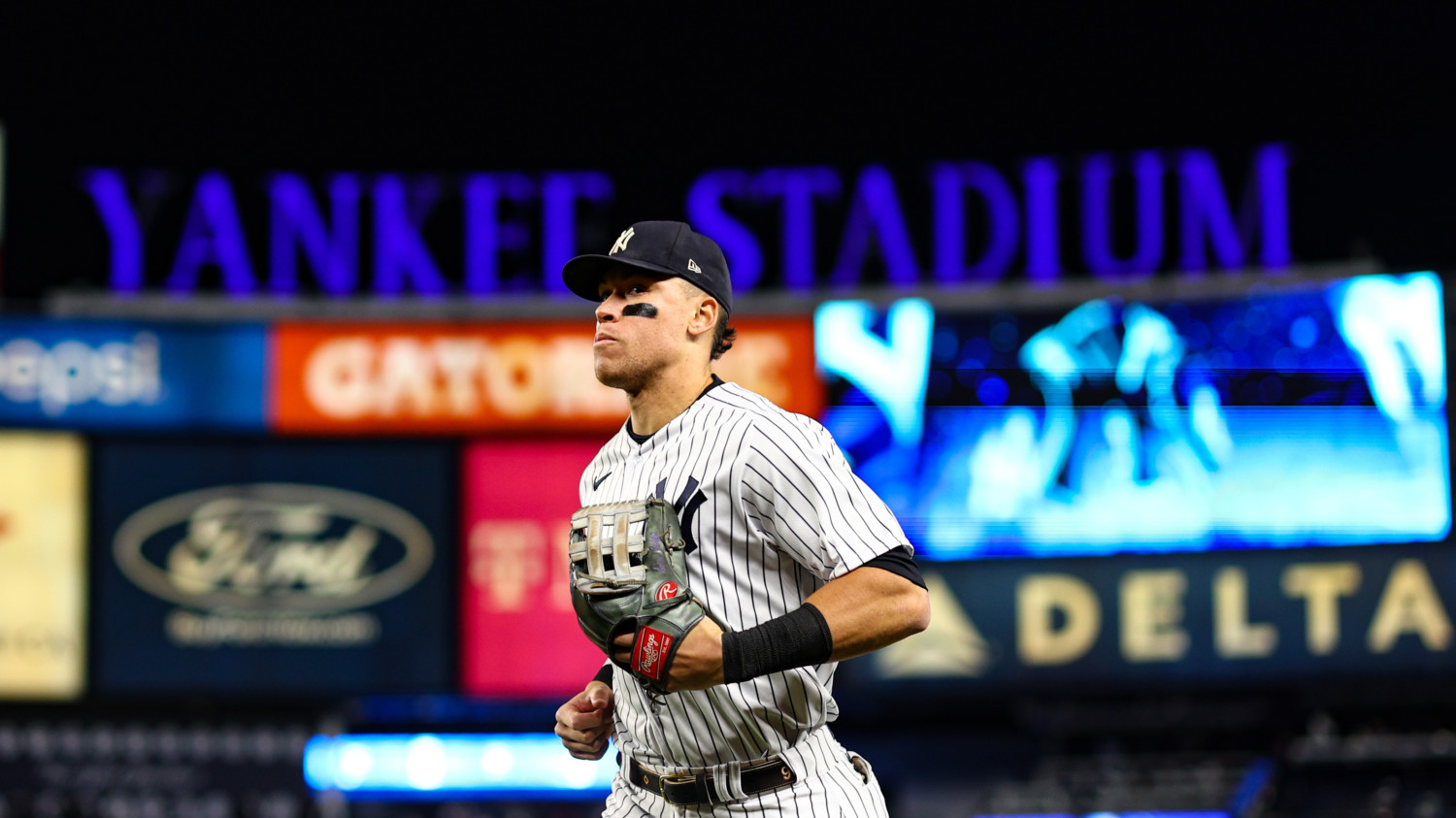 Hasn’t it been refreshing to see baseball dominating the headlines on Twitter again this week?

When baseball is stealing the headlines, it means we are all reading less political bullshit, less about Elon Musk, and less about the increasing number of horror stories transpiring around the globe. Anyway, I digress.

Among other big MLB headlines this week, the New York Yankees avoided a complete PR disaster and re-signed Aaron Judge to an eye-popping 9-year, $360 million deal. The deal will most-likely see the 282-pound slugger through ’til retirement, as he heads into his age-31 season in 2023.

First thing’s first, huge kudos to Judge. It was only eight months ago that he turned down the Yankees’ 7-year, $213.5 million extension offer, instead betting on himself to go big in his final year before entering the opening market. It was a huge gamble, especially for someone who had missed 185 games (a fraction under 25%) since making his Major League debut in 2016. Nonetheless, the gamble paid off big time and now he’s almost $150 million richer for it – well played!

His record-setting 2022 season, which saw him win the American League MVP Award on the back of 62 home runs, a 1.111 OPS and a 10.6 bWAR, was a season which we may well never see repeated. Only three men in baseball’s storied 147-year history have ever surpassed Judge’s 62 home run mark and all have an asterisk next to their name – I need not explain why.

As good as his 2022 season was though, and as good as he has been since arriving on the scene seven years ago, history suggests Judge won’t ever replicate these incredible feats again. You should never bet against generational talent, so I’ll stop short of saying it’s impossible, but I will go as far as saying it’s highly improbable. This, coupled with the fact the Judge is beyond 30 now and has been injury-prone throughout most of his career, suggests to me the Yankees have overpaid Judge – by a considerable margin too.

This isn’t anything new for the Yankees though – refer to Giancarlo Stanton, Jacoby Ellsbury, Alex Rodriguez, et al. for the long-term nightmares, or Kei Igawa, Carl Pavano, Kevin Youkilis et al. for the shorter-term failures. This is a ball club which has historically overspent on free agents or taken on contracts destined to fail. In the past, this wasn’t as highly criticized due to the unrivaled success it enjoyed, however times have well and truly changed.

The Yankees haven’t reached a World Series in 13 years, let alone won one. During that time they’ve spent more than $3 billion on players – an absurd amount which is far beyond any of MLB’s other 29 teams.

FACT: 15 teams have reached the World Series since the Yankees last did in 2009.

Despite the continued outlays and failed ROI (on-field), it doesn’t seem to matter when it comes to Brian Cashman, who in my opinion is the luckiest General Manager in the history of baseball and should consider himself lucky not to be unemployed. In what other industry can you spend $3 billion chasing the ultimate success, and fail?

I have no doubt Cashman fans will leap to his defense and throw out the usual crap blaming Hal Steinbrenner. To that, I call bullshit. If Cashman cannot convince ownership how to successfully build a roster – an exciting one with a mixture of up-and-coming stars and proven performers in their prime – then he shouldn’t be in the role. To me, the so-called parameters he’s continually working within show a lack of complete trust in his methodology and let’s face it, the results only substantiate this.

The Yankees have spent more than $3 billion in the last 13 seasons, yet have no World Series success to show for it.

How the fuck has Cashman just been extended four more years?

As we head towards the 2023 season, there are at least five teams with stronger rosters than the currently projected Yankees one – I’ll list them in alphabetical order to avoid World War III breaking out in the comments section:

The Philadelphia Phillies, Toronto Blue Jays and a few others aren’t too far behind either.

The Yankees have a number of lineup concerns and upgrades are going to be required if they’re going to seriously challenge for that increasingly elusive 28th World Series title.

On the pitching front, the rotation seemingly has some strength, backed by Gerrit Cole and Nestor Cortes. Frankie Montas, Luis Severino and Domingo German are currently slotted in as the number 3-5 starters, however each have question marks around durability and the lack of depth thereafter is a cause for concern. The bullpen is probably the least of the Yankees’ concerns, as highlighted by it’s 2.97 ERA last season – good enough for Top 3 in all of baseball.

So where to from here? Let’s see how the rest of the off-season plays out. If some significant acquisitions don’t occur though, this team may well win a soft AL East division again, but as they have done 10 times in the past 13 seasons, they’ll be bounced out of the playoffs before ever really challenging for number 28.

9 thoughts on “The Yankees get Judge, but No. 28 remains distant”