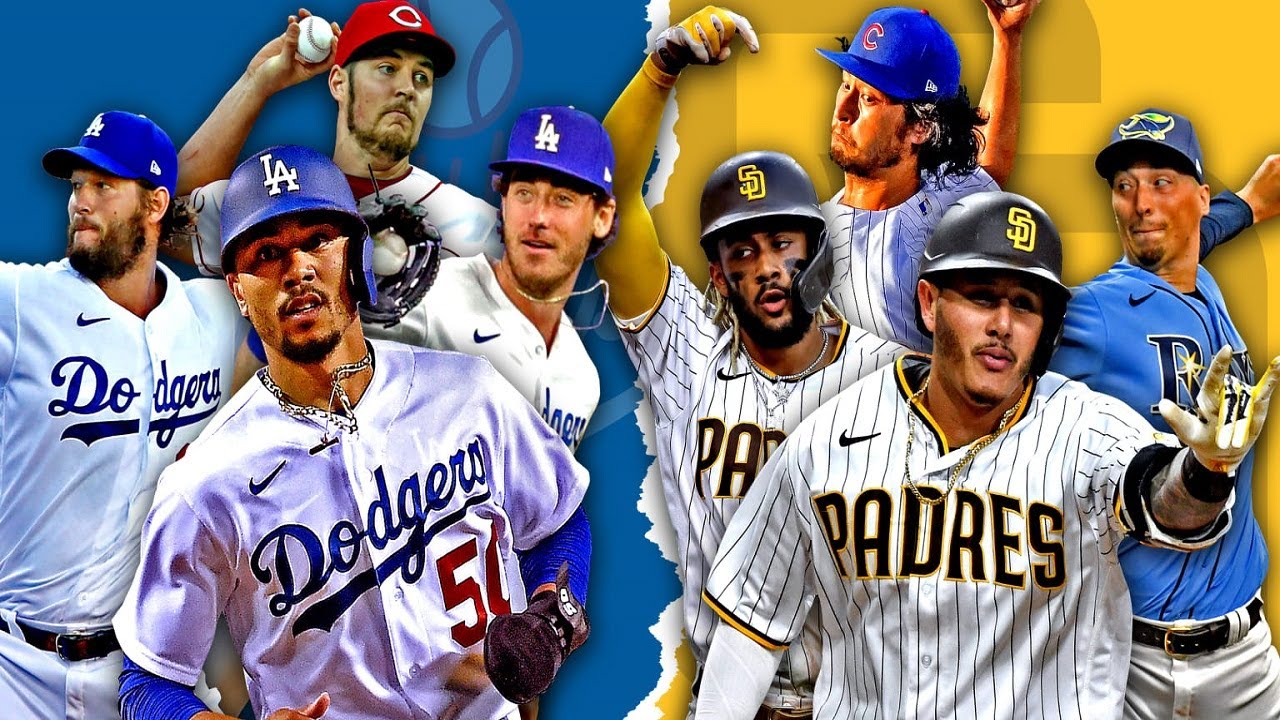 Emerging from a challenging winter of extreme weather events, an ongoing global pandemic, and political divide, baseball fans across the United States can finally look forward to Spring Training games commencing this weekend.

Despite the Padres bolstering their rotation with Yu Darvish and Blake Snell, prior to signing free agent and reigning NL Cy Young Award winner Trevor Bauer the Dodgers were still favorites to win their ninth consecutive division title. After landing the outspoken 30-year-old, those odds have improved further and they are now well and truly favorites to continue their NL West dominance.

When comparing rosters of the divisional rivals, the Dodgers certainly appear to have the advantage, at least on paper anyway, however the young and upcoming Padres are on the rise and eager to shake things up.

It’s hard to find a better rotation in baseball than the Dodgers’ combination of Clayton Kershaw, Trevor Bauer, Walker Buehler, David Price and Julio Urias. Possessing three Cy Young Award winners in the same rotation is the first time such a feat has occurred since the 2014 Detroit Tigers, and adding to that is a widely-expected potential future winner in Buehler. Dustin May and Tony Gonsolin are also lurking in the background, providing the ballclub with an unrivalled depth heading into the 2021 season.

The addition of Darvish and Snell provides experience and reliability to a rotation that already included the likes of Dinelson Lamet and Chris Paddack. While Lamet and Paddack have both been impressive at times throughout recent seasons, neither have experienced sustained and consistent success. I expect both to thrive in the number three and four positions respectively. Joe Musgrove, who had a solid 2020 season with the Pittsburgh Pirates, is expected to round out the rotation.

Dave Roberts came out this week and announced that Kenley Jansen will resume closer duties when the season commences, much to the shock and dismay of Dodgers fans. I fully expect Jansen to be on a very short leash, especially now that the Dodgers have a legitimate threat in the West. Blake Treinen and Tommy Kahnle have been added to a bullpen that already included Brusdar Graterol, Joe Kelly and Victor Gonzalez, among others, with Graterol being an option to take over closing duties if Jansen stumbles. Either way, this bullpen looks strong and certain to protect many Dodgers’ leads.

Closer Drew Pomeranz was lights out last season through 20 appearances, however such is the strength of the Padres’ bullpen that he’s still no certainty to remain closer all season. Between Emilio Pagan and the recent addition of big league journeyman Mark Melancon, the experienced lefty will need to continue his dominance to solidify his role. Others who will feature in the strong bullpen throughout the season are Pierce Johnson, Matt Straham, Keone Kela and Craig Stammen, among others. Competition for spots is hot, with up to four or five others pushing for Opening Day spots. As they say, competition fuels success, so the Padres are certainly well placed.

The championship-calibre offense of 2020 hasn’t changed too much, with Mookie Betts, Cody Bellinger and Corey Seager headlining a formidable line-up 1 through 8 (can we please get the DH permanently in the NL?). Any team that has the likes of Chris Taylor, AJ Pollock, Max Muncy and Will Smith as the support cast is well placed for success, and not to mention Justin Turner is returning after inking a new two-year deal earlier this month. To say they’re stacked is an understatement and it’s hard to see them not scoring enough runs to support a potent rotation.

You thought the Dodgers’ line-up was stacked? Let’s discuss the Padres, with the likes of Manny Machado, Fernando Tatis Jr. and Eric Hosmer leading the charge. Combined the trio knocked in 128 runs from just 157 cumulative games last season and that production doesn’t look like declining anytime soon. Add to this Wil Myers, 2020 NL Rookie of the Year finalist Jake Cronenworth, Korean superstar Kim Ha-seong, Tommy Pham and Trent Grishman, and much like the Dodgers the Padres also have a ridiculously good line-up 1 through 8, albeit ever so slightly less.

The high calibre of players at both Dave Roberts’ and Jayce Tingler’s disposal is frightening and arguably the best in either team’s history. While many teams are left tanking in 2021, with salaries bottoming out near $30 million, many eyes will be focused on the NL West and the 19 battles between, arguably, the best two teams in baseball. I have the Dodgers ahead, albeit only slightly…

5 thoughts on “Comparing the Dodgers’ and Padres’ Rosters”